Our Guide to Accommodation

When you’re finding your own apartment, you must see it in person as the pictures online aren’t always what you get. It is extremely helpful and important it is to have a fluent Korean speaker with you. If you already have any friends in Korea or you’re in contact with the buddy programme for your university, ask someone to come with you to the apartments or at the very least go through the paperwork with you.

Best areas to live in:

Since Seoul is so massive, it’s best to go in a district that’s near your university/workplace if you’re there for exchange. As a tourist, anywhere along subway line 2 is perfect as most of the big sights are along this line or on a connected line – think of line 2 as Seoul’s equivalent to the circle line. The most popular areas for young people are areas like Hongdae and Hapjeong, and any area near a big university will be popular too.

There aren’t any areas specifically to avoid, although Sillim has a slightly negative reputation due to a few reports of harassment in that area in the past few years. Just make sure you’ve checked wherever you’re planning to stay on the map and most importantly check how long it will take you to get from there to wherever you need to go – Seoul is huge and some parts of the city are not as well-connected as others.

What our students have to say: 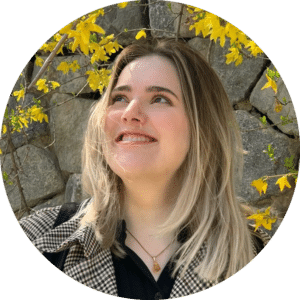 "I lived in the SNU dormitories, which was a popular option for SNU students but less popular for other universities' students. It wasn't difficult to apply at all, but slightly stressful as you're not guaranteed a room and you're only told whether you got your room or not a few weeks before term starts. International students are usually relatively high priority though. It was all organised well before I left the UK. Generally, it was a pretty good experience. SNU, unlike most other unis, has the option to have a single dorm room rather than a shared one, but due to the limited availability of the single rooms I opted to share."

"It was a good opportunity to practice my Korean too, as they usually try to pair exchange students with a Korean student. Don't worry though, SNU students, and most top uni students for that matter, are all required to have very high levels of English to get in so you shouldn't have any communication issues. I had a wonderful Korean roommate for the first half of my year who made the experience perfect, however I had a French roommate in the second half of the year who I just didn't get on with. So overall it was mixed."

"The dormitories themselves (I was in global dorms) were spotlessly clean, newly built, and overall brilliant. On top of that they only cost around £200 a month! Please bear in mind though that this is unusual and other university dormitories cost significantly more. There was almost no paperwork, and the university were great about maintaining the building."